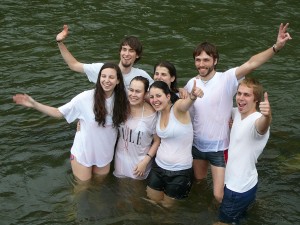 After 300 years of national and religious oppression by the former Austro-Hungarian Empire, the closely related Czechs and Slovaks merged to form a free country of Czechoslovakia in 1918. After World War II, communists took the country over to oppress anything differing from their ideology. Many Christian leaders were threatened, some imprisoned, no public evangelism was allowed for decades. In 1968, an invasion by the “Warsaw Pact” ended the heroic efforts of people who pushed for liberation from Communist rule. A period of harsh repression ensued. With the collapse of Soviet authority in 1989, through a peaceful so-called “Velvet Revolution,” Czechoslovakia regained its freedom. On January 1, 1993, the country underwent a “velvet divorce” into its two national components, the Czech Republic and Slovakia. The Czech Republic joined NATO in 1999 and the European Union in 2004. 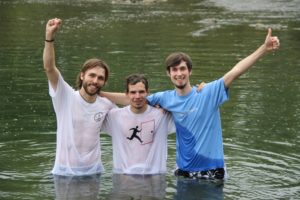 Challenging spiritual climate
According to the 2011 census, the population of the Czech Republic is just over 10 million. Less than 0.5% belong to evangelical Christianity. Over 70% officially expresses no affiliation to any religious group. The largest religious group is the Catholic Church (around 23%), but practicing are not more than 4-5%. The absolute majority of the people still do not know Jesus personally. An absolute tragedy is that the percentage of evangelical Christians has not increased since the fall of communism in 1989.

“Inspiration” making disciples
Our organization called “Inspiration” has adopted the “organic church model” as an attempt to do things differently while being based on the New Testament records and principles. Many hints have came to us through missionaries working in China and India, and through resources by Alan Hirsch, David Watson, Neil Cole and other authors, speakers and church planters. This is not only to collect believers, but especially to get among non-Christians and start informal fellowships among them. Many times we have seen small group approach proven effective in evangelism, discipleship, sharing lives, starting churches, as well as in leadership development. 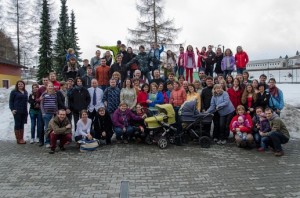 Our mission is to “WIN, BUILD UP AND SEND OUT DISCIPLES OF JESUS CHRIST.”

This process happens in the environment of organic churches (we call them cells), which are planted and reproduce anywhere God prepares people and conditions. To learn more about the ministry of organic church movement in the Czech Republic, please, CLICK HERE.

“Go and make disciples of all the nations, baptizing them… teaching them to observe all that I commanded you…” Matthew 28:19

“I will build My church; and the gates of Hell will not overpower it.” Matthew 16:18 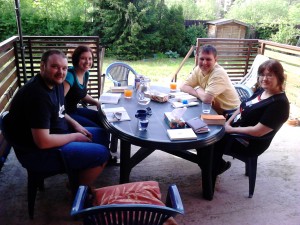 The “Inspiration” team reaches out to people who are far from God and helps them to become disciples of Christ. New cells and churches are being planted in communities across the country and also in the country of Slovakia.

Your financial support for Cell Churches in general and each staff member will help to grow this movement and reach the lost.
You can always find updated information and subscribe to their newsletter on their web site English language section: www.eubunky.eu